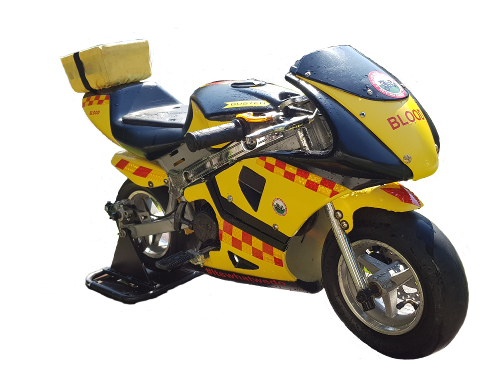 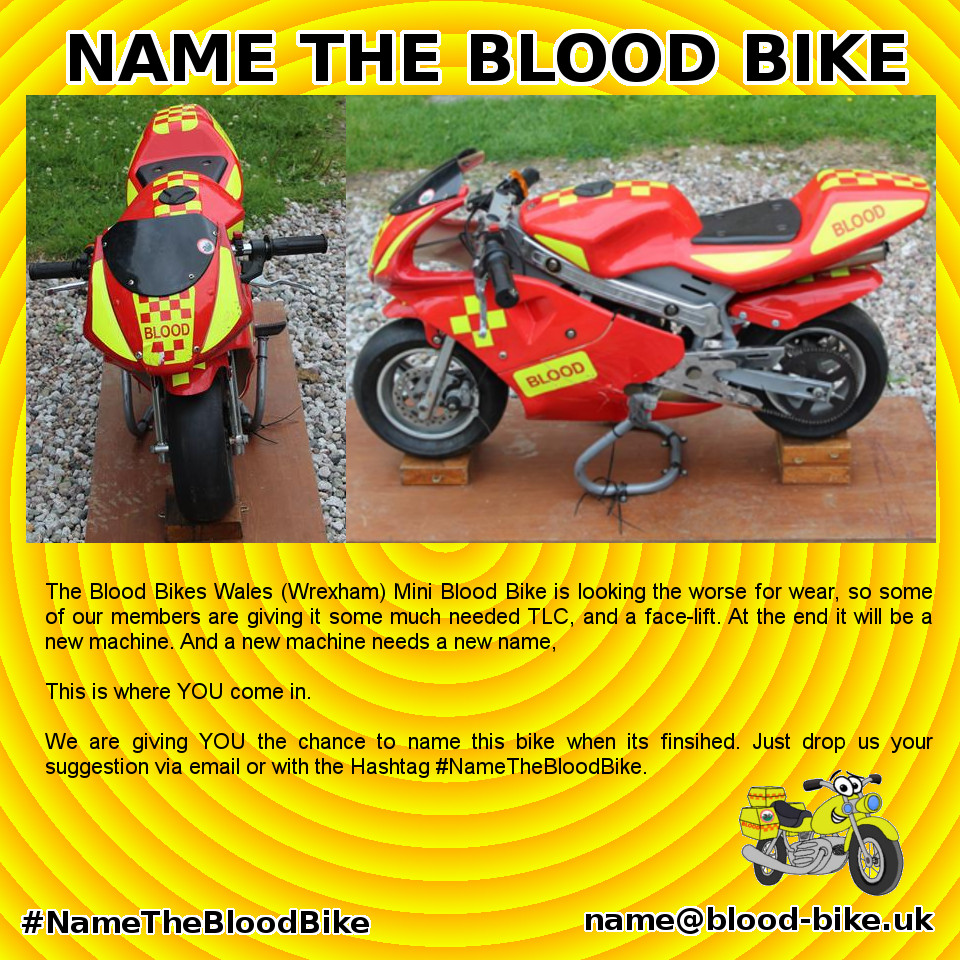 While The bike was having his face-lift it was decided that a new look bike needed a Name, and that it would be nice to let the public pick the name (Which would also have the affect of advertising Blood Bikes Wales at the same time.)

Our little mini-bloodbike has had a face lift and now has a much lighter and easier to carry stand. And it will have it’s first outing at LlanBikeFest.

And like its Bigger siblings it needs a name. And we have been taking suggestions, but there is no overall winner yet. So Suggestions people…

There is no prize for picking the winning name, other than seeing your suggestion on our littlest Bike.

Overall after over one hundred suggestions, we ended up with 72 unique names.

After receiving a massive 72 Suggested Names, we put them all into a hat and drew a winner.

The name of the Bike was later revealed at the Llangollen Bike Festival (LlanBikeFest) on the Bikes first outing.

The winning name was BUSTER 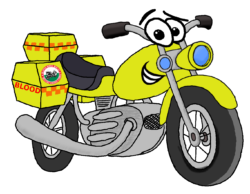 Provide free transportation of blood, milk and medical supplies to the NHS and other organisations where needed.

To find out more, click on the button below!

You can make a donation to Blood Bikes Wales via Buster the Blood Bike.